How much does a major gas leak cost your facility?

A US refinery saved $15M in one month with autonomous OGI inspections. 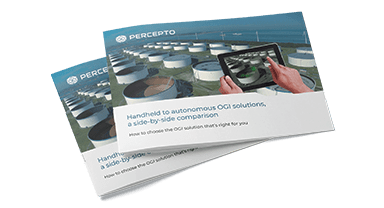 Automatically generate inspection audits including breadcrumbs. When leaks are detected, prove when the last inspection was and when repairs are performed.

Easily detect fugitive emissions with Percepto AIM. Select an asset you want to monitor or the insight you want to receive. That’s it. In the background, Percepto AIM automates the data collection, upload and analysis to get you the information you need. 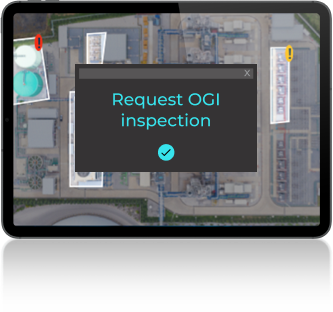 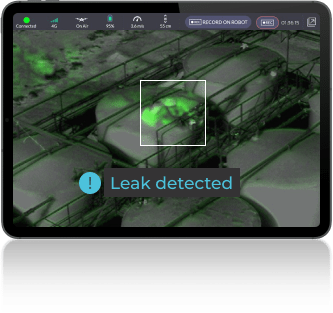 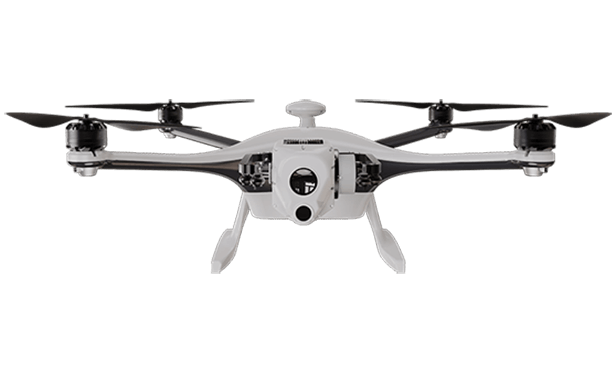 How does gas leak detection work?

How does optical gas imaging work?

Optical Gas Imaging is an effective tool in detecting fugitive emissions at an industrial site. The technique is used to detect leaks of hazardous gasses such as hydrogen sulfide, carbon monoxide and methane. It can also be used to monitor the concentration of other gasses such as oxygen or nitrogen.

There are two basic types of optical gas detection systems: those which use an array of detectors to measure the total energy of the scattered radiation, and those which employ a single detector for each pixel or cell of the image. In the latter case, the signal from the detector is integrated over time, typically using a charge-coupled device (CCD) or complementary metal oxide semiconductor (CMOS) sensor. This allows the system to operate continuously without requiring any mechanical scanning movements.

What are the advantages of OGI?

OGI has several advantages over other technologies. These include:

Using thermal imaging to detect gas leaks is a well-established technique. The principle of this method is based on the fact that heat transfer from a hot object (e.g., an engine) to its surroundings is reduced by the presence of gasses in the surrounding air, which leads to a temperature gradient between the hot and cold objects. This phenomenon can be used for detecting leaks in pipelines or other systems where there are two different temperatures at opposite directions.
The most common way of using thermal imaging to detect leaks is to use infrared cameras with long focal lengths. These cameras have a very high sensitivity and can easily detect small differences in temperature. However, they also have several disadvantages:

How does an OGI drone work?

Yes, OGI sensors can detect an array of Volatile Organic Compounds including methane. They can also detect other gasses such as propane, benzine, butane and more.

When choosing an OGI solution for your facility, you want to: