One might assume that because truly autonomous drones operations require more complex hardware and more sophisticated software, that the cost of operations would naturally increase.  In fact, autonomous drone operations are dramatically less expensive than manual operations assuming your organization is interested in accessing the full ROI aerial data has to offer.  If your organization is only leveraging drones for the occasional survey or inspection, hiring a service provider or building an internal department may prove cost effective.

Whether walking the site to notate observations on a clipboard or climbing a flare stack to take a photo, site personnel traditionally spend much more time performing the legwork of collecting data than they do taking action on it’s insight. Drones can help make data collection safer and more efficient, however the human pilot represents the greatest logistical and cost burden, therefore also representing the greatest barrier to collection frequency and therefore limiting viable use cases. 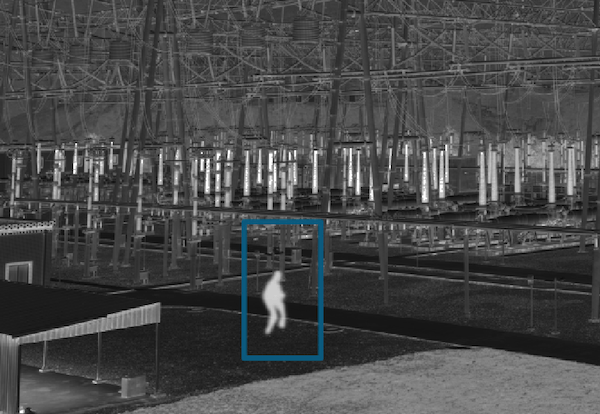 Site security and surveillance illustrate this point well. Drones were scarcely mentioned in site security applications until Percepto’s fully autonomous solution became available in recent years.  To truly make an impact, drones need to be flying site perimeters continuously, day and night, under any weather conditions. Given that a typical drone pilot is at least as expensive as a typical security guard, any cost efficiency gain drones can offer are lost when compared to simply hiring more guards. By comparison, autonomous drone solutions can patrol 24/7 without human involvement, extending the capacity of the existing security team by providing constant visibility of even remote segments of the site perimeter that are time consuming simply to visit.

Many of our customers around the globe find that our autonomous drone solution more than pays for itself with the security applications alone, before even accounting for inspection, compliance and others.  Additionally, human piloted operations incur a soft administrative cost in tasking and scheduling missions. Autonomous solutions allow missions to be routinely scheduled and deployed automatically without the need for phone calls, emails, or other such administration.

For use cases that require raw data to be processed into data products such as orthomosaic maps, 3D models, etc, the human in the loop represents an additional cost burden.  The process of transferring data for archive and importing, processing, exporting, and delivering to stakeholders are critical steps that add up over time and each can be a point of failure. If data is not processed and delivered immediately, insights may not reach decision makers in time to be useful. 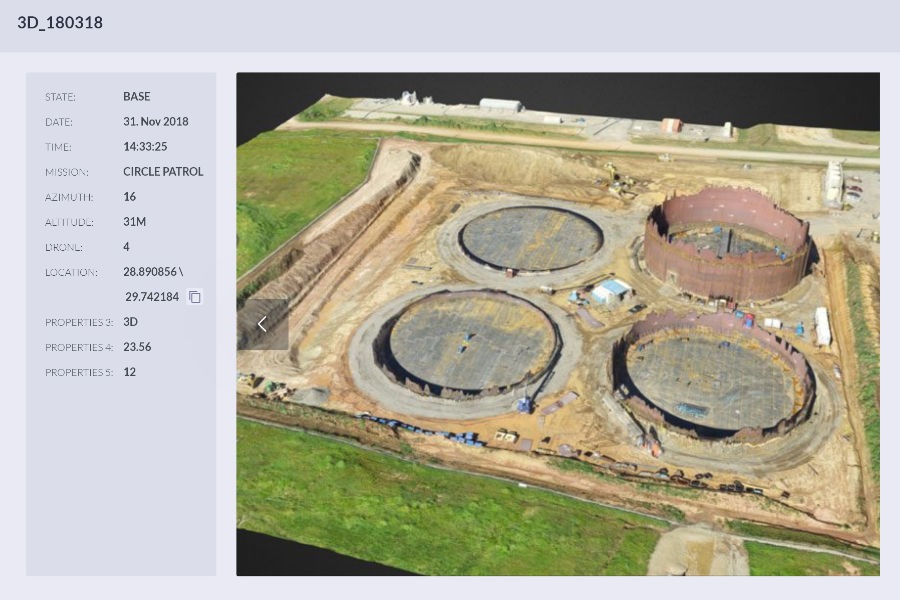 Upon returning to its base station, our autonomous drone instantly sends data to the cloud, processes it into data products, and delivers them to personnel without fail. Just as data collection frequency increases with autonomous operations, the volume of data products generated also increases, scaling the advantages of reliability and eliminating labor cost from the data processing workflow.

Data analysis is the area where the true value of aerial data can be realized – where insight becomes action. In the case of manual operations, this requires a human interaction (and associated cost) to deliver to stakeholders and another for the stakeholder to interpret and often another to assign the corrective action to someone in the field. 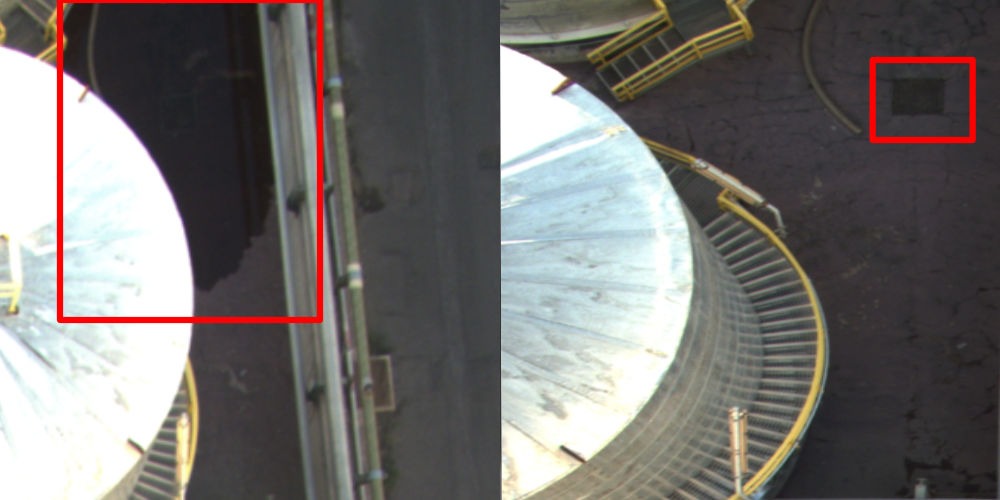 In the case of fully autonomous operations, analysis can be performed by an algorithm that detects anomalies day over day and automatically alerts defined field workers of the action to take and managers for awareness.

For example, machine learning can detect a potential gas leak in a pipe and alerts the appropriate technician of the precise location of the potential hazard so they can immediately take action.  Additionally, because autonomous systems enable higher volumes of data to be collected consistently and at higher frequency, modeling and forecasting of maintenance & production can be improved and compliance departments are provided with a complete historical record of site conditions that can be reviewed and shared at any time. Autonomous drones also open up numerous real time monitoring use cases such as live streaming video during a safety emergency. Such capabilities incur no additional cost and are simply impractical with infeasible with human piloted operations.

Percepto’s autonomous drone solution reduces operational cost from hundreds or even thousands of dollars per day in services to the nominal cost of electricity. This reduced expense makes more frequent data collection cost effective, creating new use cases and ROI that could never be possible with manual operations. In a competitive industrial landscape where margins are often thin and data is increasingly king, most sites can’t afford not to invest in an autonomous drone solution.

Dor is a technology innovator and industry expert committed to creating autonomous solutions that contribute to Industry 4.0. Prior to co-founding Percepto, Dor worked with NetOptics, a Silicon Valley network visibility company acquired by IXIA. Previously, Dor lead the development of ECI Telelcom’s Gigabit Passive Optical Networks (GPON). Dor holds a B.Sc in Electrical Engineering from Ben Gurion University, where he graduated with honors.