Home > Blog > The Differences Between UAV, UAS, and Autonomous Drones

The Differences Between UAV, UAS, and Autonomous Drones

As the use of civilian, commercial, and military drones expand, media coverage of the technology is rapidly increasing. While the media often uses the terms “unmanned aerial vehicle” (UAV), “unmanned aircraft system” (UAS), and “autonomous drone” interchangeably, there are meaningful differences.

Since the drone services market is growing dramatically – $4.4 billion in 2018 and expected to reach $63.6 billion by 2025 – we believe it’s important to clarify the definition of each term.

What is an Unmanned Aerial Vehicle (UAV)?

“UAV” refers specifically to aircraft that can be remotely piloted without requiring a human onboard to fly. While this term can be used accurately to describe drones in commercial or civilian use cases, it is most commonly used in reference to military applications.

The Predator XP is a great example of a UAV. It was manufactured by General Atomics Aeronautical Systems and was designed for use by the United States Air Force and Central Intelligence Agency to complete aerial reconnaissance and surveillance missions. The Predator XP, equipped with cameras, sensors, and munitions is also referred to as a remotely piloted aircraft (RPA). 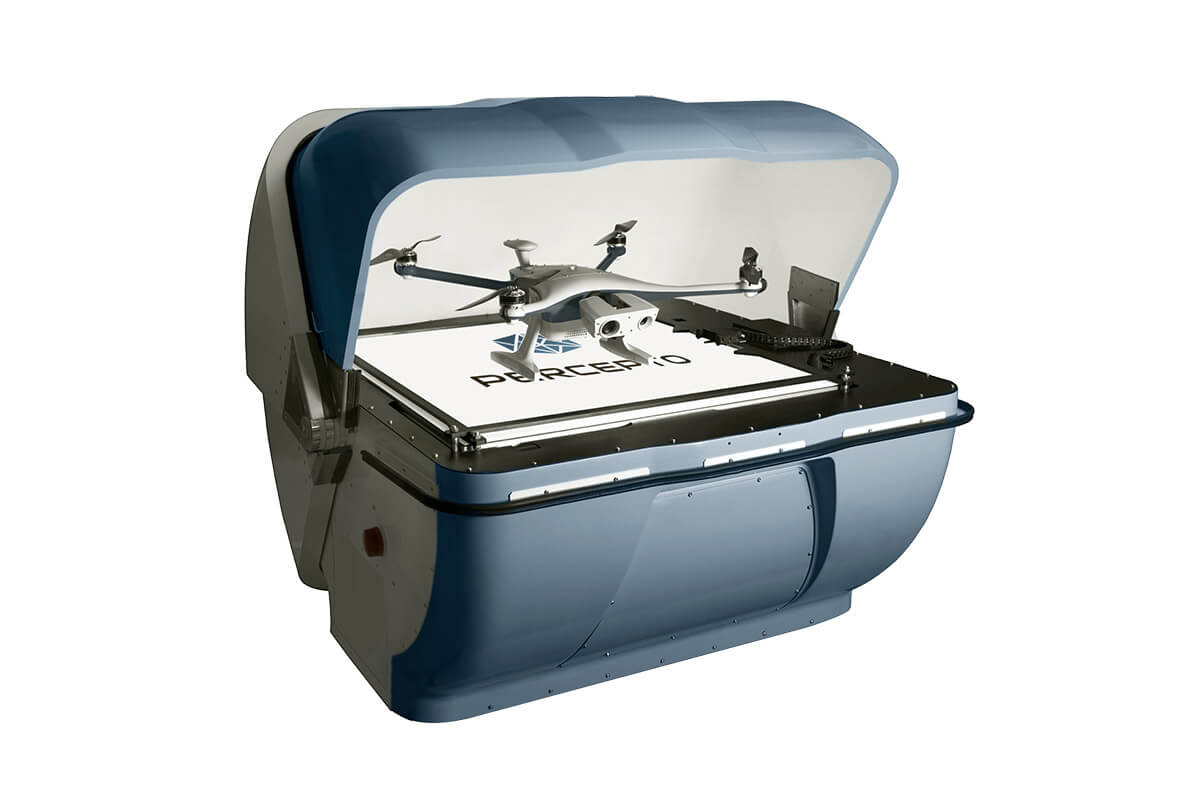 What is an Unmanned Aircraft Systems (UAS)?

“Unmanned aircraft systems” refers to the entire system required for advanced drone operations including the aircraft, ground control station, and communications system.  UAS can either require a human pilot on the ground (such as the Atlas Pro) or be fully autonomous without the need for a human operator (such as the Percepto Solution).  Any UAS includes a UAV as the aircraft component of the system.

The U.S. government prefers the use of “UAS” when talking about drone technologies because it refers to the full system, not just the aircraft itself. UAS are most commonly used for surveying, mapping, inspection, and transportation of goods.  However, many modern consumer products used for civilian tasks like filmmaking or racing, technically qualify as UAS.

One example of a UAS is the Percepto Solution, which includes a drone, a smart charging base, and a data management system. Here’s how it works:

The Percepto Base enables the Sparrow drone to carry out missions without a pilot by providing shelter, in-air communications, a charging port, and regular checks for mechanical issues.  Percepto’s data management system, AIM, communicates flight details and schedules, processes and analyzes data collected, and generates reports upon landing. 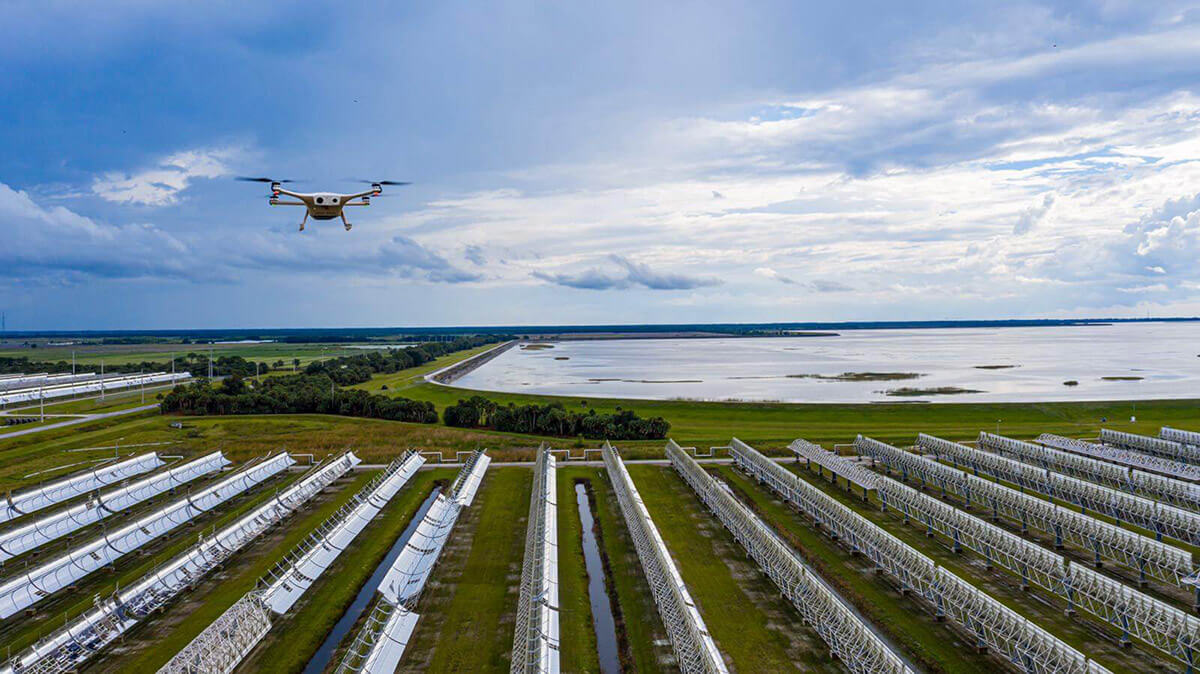 What is an RPA?

An RPA is a Remotely Piloted Aircraft. As the term implies, these require a person to control the aircraft. Some people use the term interchangeably with UAV. This terminology is typically used in Europe.

RPAs tend to be used for commercial purposes. A license is required to fly an RPA.

What is a commercial drone?

A commercial drone describes a UAS that unlike a recreational drone is used as part of a business.

Commercial drones are used in a growing array of industries and in many capacities. These include deliveries, photography, crop monitoring, land surveying, outdoor and indoor inspections and more. Drones typically perform commercial tasks safer, quicker, better and cheaper.

The Percepto Sparrow fits into this category. When performing inspections, the AI-powered technology enables it to go beyond data capture and offer real-time actionable insights.

What is an Autonomous Drone?

The term “autonomous drone” describes a UAV that can operate without any human intervention. In other words, it can take off, carry out missions, and land completely autonomously. 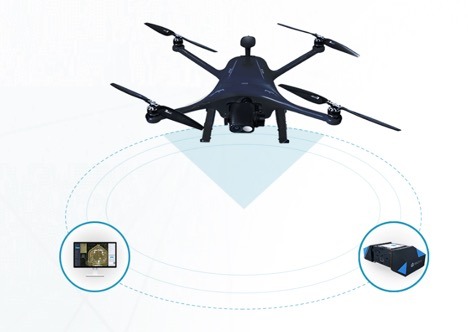 The Sparrow I, manufactured by Percepto, is an example of an autonomous drone. It does not require an operator on the ground or in the air, so it can carry out 24/7, pre-scheduled missions powered by our PerceptoCore™ technology for aerial security, maintenance, and operations.

UAV and UAS manufacturers often promote their products as being “autonomous”, but without an autonomous drone station, a human pilot is still required on the ground, with the human pilot representing a major operational cost burden. Percepto’s autonomous drone stations eliminate the need for a human operator. Upon deployment, operational costs are little more than electricity, enabling 24/7 site surveillance, routine inspections of critical assets, and advanced modeling and forecasting of production.

Contact us today to find out how the Percepto Solution can work for your business.

Ariel is a big data expert with over 16 years’ experience in the dynamic startup and marketing world. Prior to co-founding Percepto, Ariel was a founding member and VP Marketing of Sequoia-backed Signals, and Head of Information Security at Frost & Sullivan Europe. Ariel brings with him in-depth knowledge of enterprise security, as well as a passion for using drones to provide data-driven, actionable insights. Ariel holds a B.Sc in Computer Science from Ben Gurion University.